skip to main | skip to sidebar

Miami: Some Impressions from Primary Flight and the City

Here's what I came for: my mural on North Miami Ave and NW 31st Street.
A lot of painting was going on literally around the corner from my piece, but at first I was too preoccupied working on my own wall to take pictures and by the time I had to leave the others weren't finished.

I am very bad with names and it's a pity I couldn't remember all of them, but allow me to drop the few I do recall: to my left were Typoe and Revok, around the corner from them Shepard Fairy did a big (actually biiiiiiig) mural.

Mr. Logan Hicks wasn't only busy painting at several locations, he is also a curator for Primary Flight and the one who got me in. On my last night in Miami it was already dark when I came to his spot on NW 2nd Ave and NW 23rd street, but Logan was still painting and a gang of photographers were lurking in the shadows, documenting every one of his moves.
The bottom photo shows one of Logan's pieces from last year.

I met Gaia this year in July during "Street/Studio" at Irvine Contemporary in Washington. Here is a photo of the piece he painted at the entrance of the Scope art fair. Blue skies would have been nicer, but heck, the piece is also half blocked by cars and scooter.
The second piece is in the street leading to Scope, the artist appears to be Asylm.

Shepard Fairy's almost finished piece. I don't have a photo of the finished work, but it is quite safe to assume that you're going to find it somewhere on the web - if you look really hard.
Audi on the other hand had a pavilion built right at the beach in Miami Beach to celebrate itself and the release of the latest A8 limousine. Quite certainly it was a coincidence that the event was scheduled in sync with the art fairs in Miami and lo and behold there was art in the pavilion. The sculpture in the photo showing Chairman Mao and Josef Beuys is by Li Zhanyang. 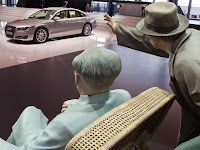 I am afraid that in a place like Miami Beach the effort of the valiant pilot might be in vain. But see for yourself, lest you forget. 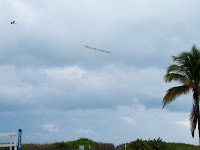 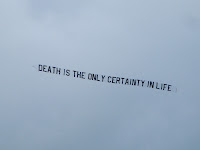 The rest is a mix of impressions: big assed trucks, inviting immigration offices, an iguana and, oddly enough, a church that's up for rent. 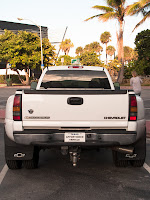 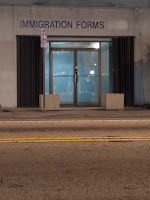 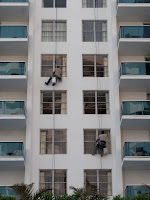 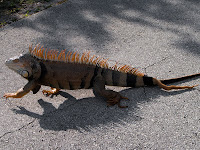 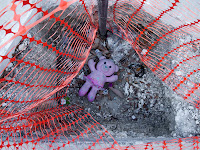 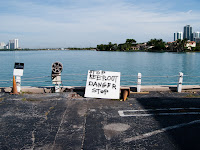 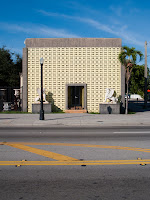 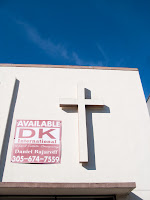 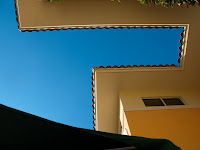 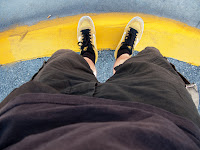 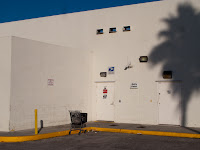 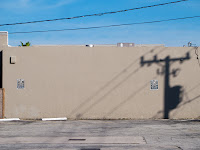 Your work is amazing. I drove by it and had to make a U-turn, get out the car, and see it up close. Hope you'll come back to Miami and work again soon

Nice work - love the photos too.

I didn't know you know Logan too - he's an excellent guy :)

All photos are (c) Pisa73 unless labeled differently. Please ask before using any of them.

PISA73 works with Superplan and Galerie Tobias Schrade. For inquiries about the availability of works please contact Superplan by email studio(at)superplan(dot)net or phone.

Drago publishing now has an online shop and they sell the CTink book.