skip to main | skip to sidebar

Finally... Photos from "Grains of Wrath" 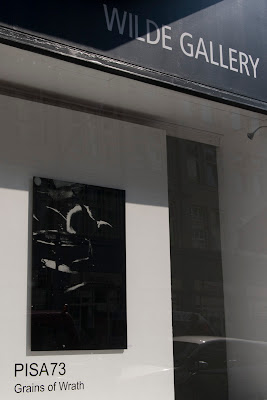 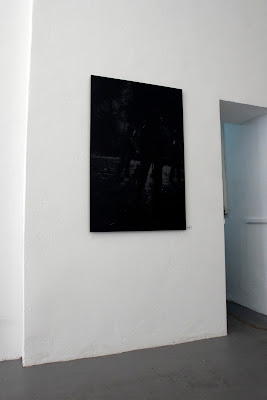 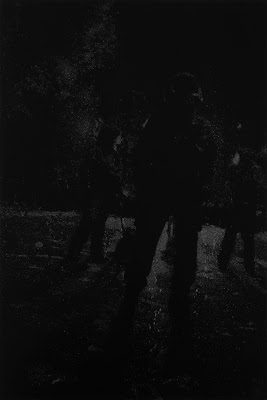 After what feels like forever I've managed to take some decent photos of the artwork in my current solo show at Wilde Gallery in Berlin.

Let me say this: these pieces are a *major* pain in the ass to photograph, thanks to the combination of pitch blackness and low contrast. Everyone who is interested in these is strongly encouraged to have a look at the real thing. If I may quote freely from what I have heard at the opening: it's one of the rare occasions when the pieces look better in nature than in the photos.

So here's the first batch of new works: 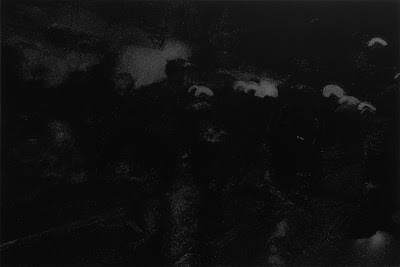 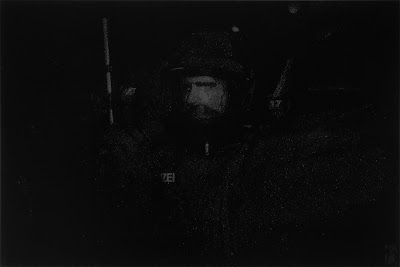 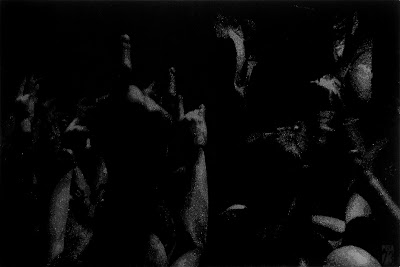 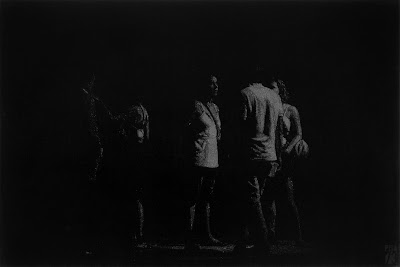 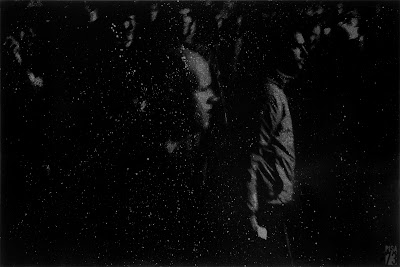 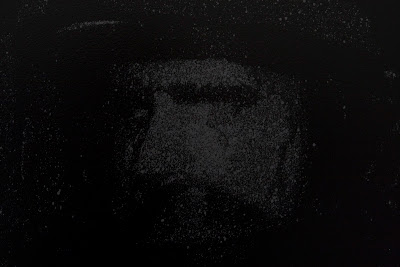 I've posted the APs of these before, this is the new set of the Boxhagener Platz series. 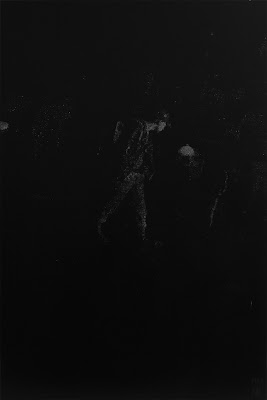 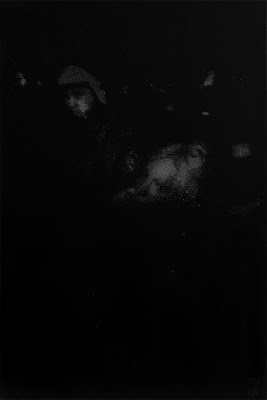 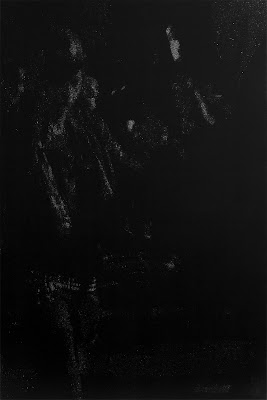 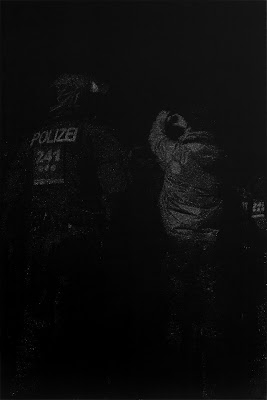 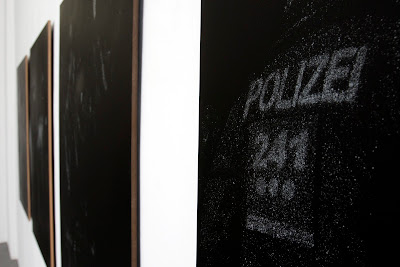 and finally a few impressions from the interior of the gallery: 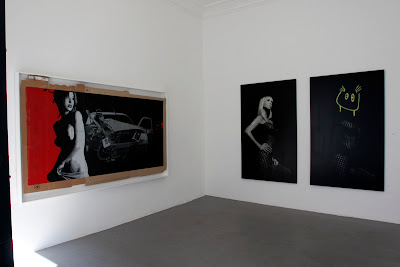 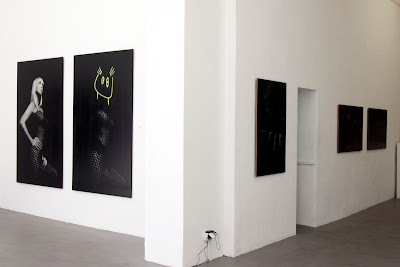 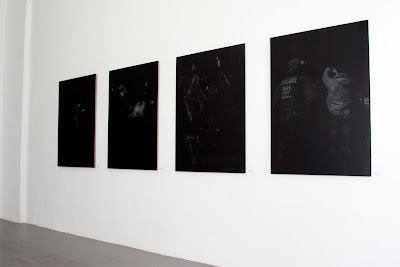 In case anyone wants to know, most of the original photos were taken at minor clashes between police and protesters in Berlin in 2007 and 2009, the photo of John Wright is from a Nomeansno concert in Berlin in 2007, Kreator played here in 2009 and finally the Irvine shot was taken in the alley behind Irvine Contemporary in Washington D.C. in 2009.
Posted by Pisa73|CTink at 6:24 PM

Hi, you can win one of these stencils!

I found this board while googeling some great art-ists to promote a competiton of green electric company htt
p.//www.strasserauf.de which fits to this place.

The berlin based proud magazine brought a feature about it in their last issue (november 2009). You can win one of the following art-pieces by getting a 8-Question riddle (german) done.

You can win seven high-quality art pieces: a hairy children portrait by Erik Sandberg, a MDF-Woodart by PISA73, a mixed media work by Kenno Apartida, a painting by John Brown's Grimm Serie, a performance by Madeline Stillwell (C-Print with DVD) a landscape picture by Alex MacLean and last but not least a street-art-piece by DeerBLN

All photos are (c) Pisa73 unless labeled differently. Please ask before using any of them.

PISA73 works with Superplan and Galerie Tobias Schrade. For inquiries about the availability of works please contact Superplan by email studio(at)superplan(dot)net or phone.

Drago publishing now has an online shop and they sell the CTink book.